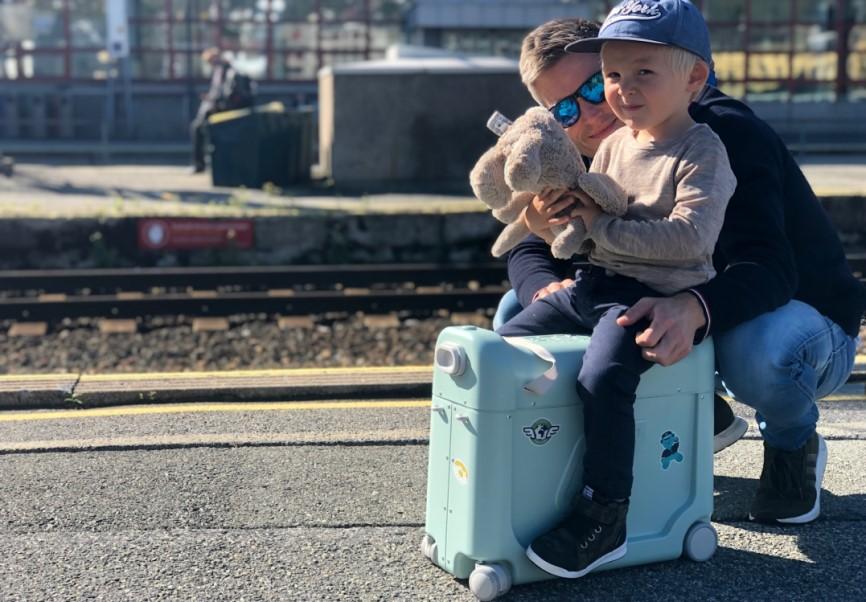 You may have noticed we’ve been talking more about trains and railway travel lately. Most likely, the global situation we’re experiencing now will have an effect on many different areas in our lives. It teaches us to broaden our horizons, get new perspectives on how we do things, and how we spend our time. This applies to how we choose to travel as well. And perhaps rather than travel less, we travel differently.

There is a unrivaled charm in traveling by train that many have forgotten. Yes, we do save time flying, and for many reasons air travel has often become cheaper than rail. The charm of rail is the scenic landscapes that drift on by, or a lovely village that calls you to stay. The peace and quiet most modern trains provide and the lack of time consuming security and gate queues, make rail such a refreshing change. 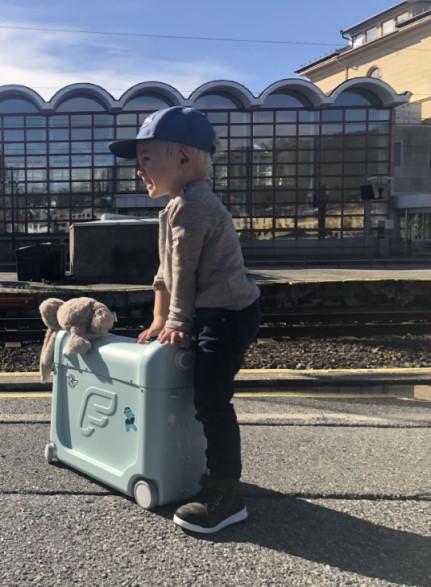 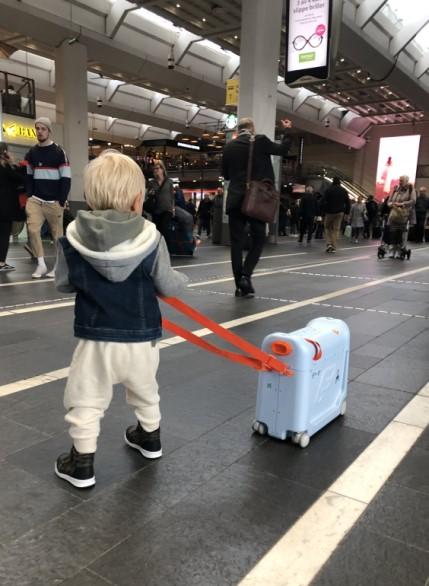 Train travel offers opportunity to explore areas and towns we have never considered or knew existed, because it is so easy to simply hop on and off during a journey. Our new normal talks about the opportunity to enjoy this way of transportation more, allowing travel and exploration when most of our flights are being cancelled.

When accounting for a typical one to two hour flight, you will likely find your journey time is triple to quadruple your actual air time. Transit from home to airport, from airport to security queues, waiting time at the gate and air time. Don’t forget a similar timeline at the other end. Trains simply take you from one city or town center to another.

Many train companies, if not all, have their own 1st class areas, making train travel a lot more comfortable than flying. Even economy seating typically offers a lot of leg room and wide comfortable seats, not to mention Wi-Fi access.

We strive to make JetKids products as versatile as possible, making sure BedBox can be used on trains too. You may have already seen our customers or pictures of the BedBox being used on a train journey. We have even produced a Signature Edition RideBox with Shinkansen bullet trains in Japan, and we wrote all about it! In addition, our Merino Wool Blanket and Crew BackPack are perfect companions for rail adventures across the globe. 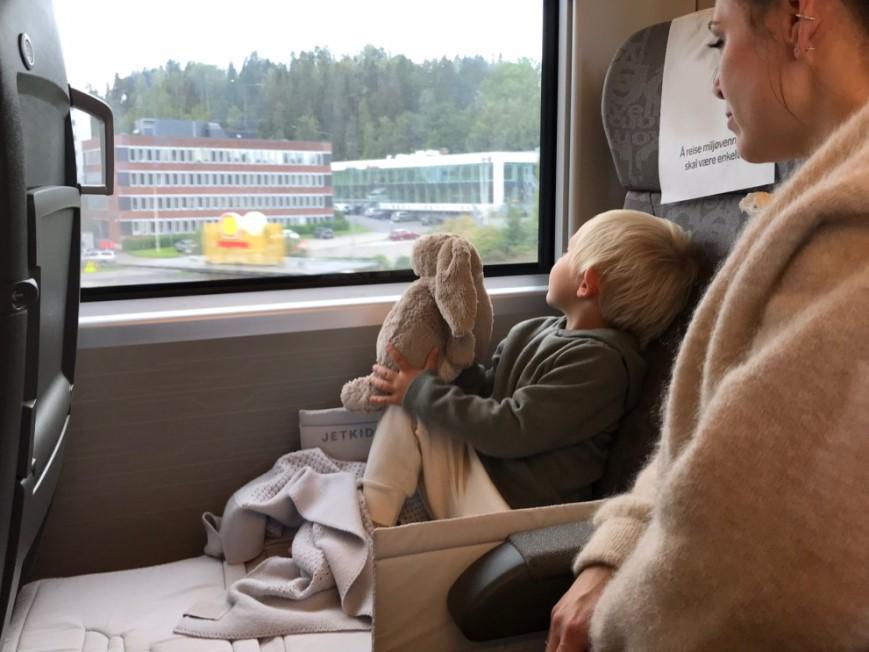 In Europe we have a wide variety of high-speed trains to choose from should we decide to make use of this alternative way of transport:

Norwegian rail, in particular, has much to offer, from dramatic landscapes to culturally historic villages. With railway lines that stretch more than 3000 km across the nation in total, many routes offer panoramic views of the countryside, fjords, mountains, lakes, and suburbs. We invite everyone to take the time to explore this amazing country by rail at some point in their lives.

The Bergen Railway, the most iconic rail pass in Norway, has been voted as the World’s Best Train Ride by many newspapers, magazines and Lonely Planet. The journey runs between Oslo and Bergen across Hardangervidda, Europe’s highest mountain plateau.

Another railway route of note is The Dovre Railway between Oslo and Trondheim and its branch line The Rauma Railway between Dombås and Åndalsnes, the mountaineering capital in Fjord, Norway.

Oslo is Norway’s main railway hub. The nation’s extensive railway network spreads out in a rough fan shape from here, which is also well connected by rail to other Scandinavian capitals, Stockholm and Copenhagen.

And last but mostfinitly not least, we have The Nordland Railway. As noted by Lonely Planet, this is one of the world’s best night train journeys, moving from Bodø to Trondheim among the northern lights in winter, or the midnight sun through summer.

The Nordland Railway is Norway’s longest, covering 729 km. The journey will take you through fertile farmland and the great forests of Trøndelag, across the majestic Saltfjellet range, and down to the coast between Rognan and Bodø. At Saltfjellet mountain range riders cross into the Arctic Circle, marking the boundary of the polar region.

If you fly from abroad to Oslo, you may make use of the Flytoget Airport Express train, connecting Oslo Airport, Gardermoen to Oslo Central Station in only nineteen minutes. It operates on the high-speed Gardermoen Line using sixteen GMB Class 71 electric trains taking you a top speed of 210 km per hour. 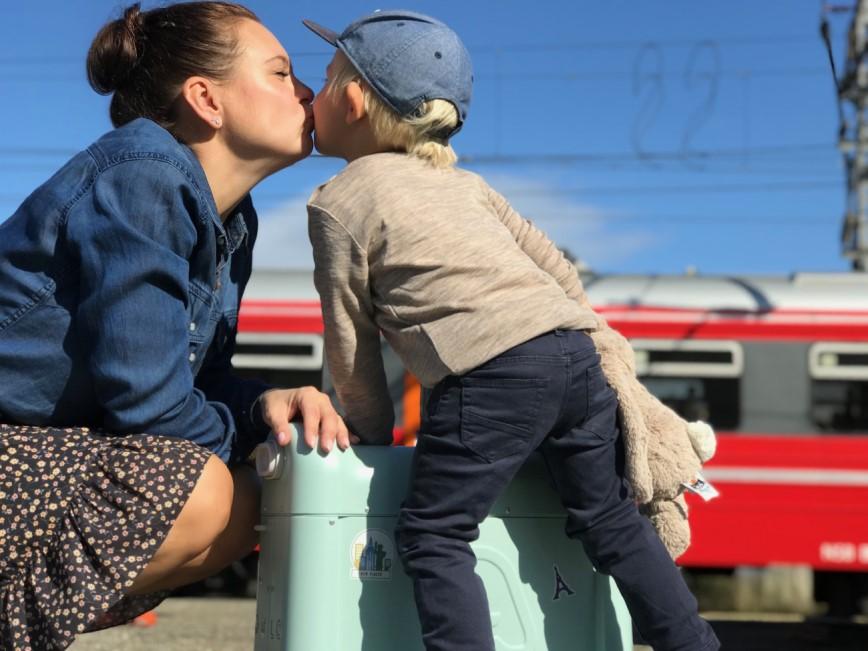 While this may only be the tip of the iceberg, we don’t want to overwhelm you with information, but share inspiration of the opportunity to engage with rail. There’s never been a better time than now.

As in Norway and the rest of Europe, each country and continent have their own selection of amazing railway lines to choose from. Many are designed for high-speed, high-comfort and breathtaking scenery. We would love to hear about your preferred rail journeys, so please share them with us.

Do you take the train often? Where do you like to travel? Tell us all about it and if you use your JetKids products while on route. Tag us on Social Media via @jetkidscom or  the hashtag #jetkidsbystokke 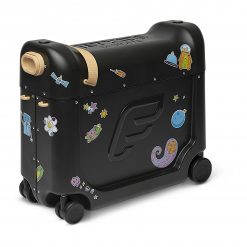 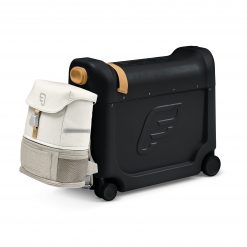 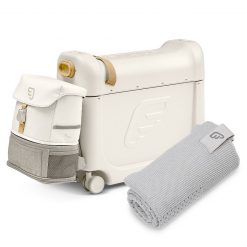 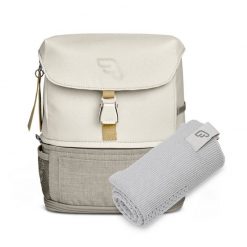 By continuing to use this site, you agree to the use of cookies.OkNoPrivacy policy